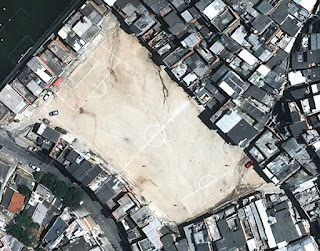 O Campo, or in its translation The Field, is a series of photographs of football fields in Brazilian cities. The images were taken via satellite and they show the rather oddly shaped football pitches that seem to be built wherever possible – the desire for playing the game has clearly surpassed and ignored the limitations of natural topography and FIFA’s laws of the game. According to the official rules and regulations you would not be allowed to play football on any of these fields. However, the careers of many of the world’s best football players began on these very same fields despite their askew angles, odd proportions, mis-shapen border lines and pitch markings. Studying the architectual contexts of these fields we get an idea about the social context where these players come from.
Pigment ink prints (40 x 50 cm, edition of 3 copies)
The complete series of 16 pictures is also available as a print-on-demand book.
via Marialuisa Palumbo 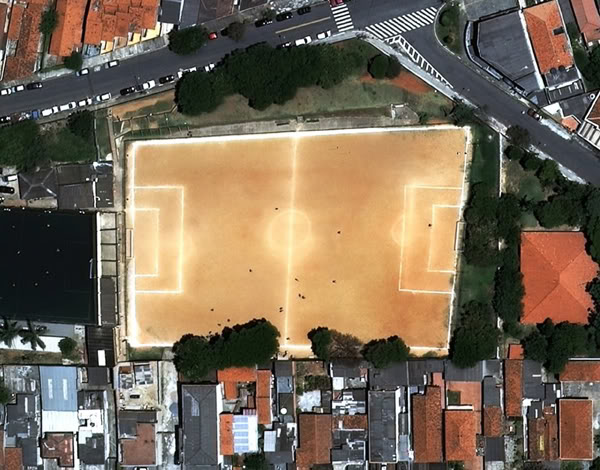